The Duality of Women who Love Women 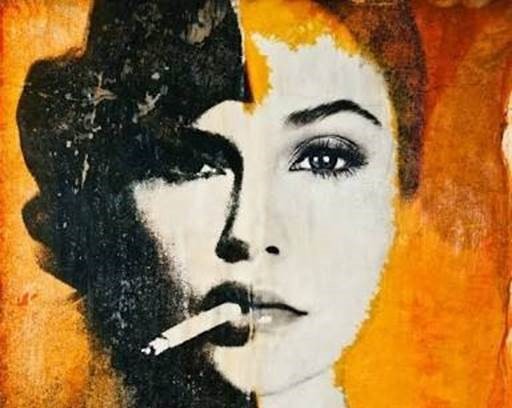 I spoke publically for the first time about Voices from the Well a few weeks ago – I was asked to present at an amazing event to launch a movement which aims to change the way we think about ourselves as women, to challenge us to know ourselves better, and in so doing to make the world a better place. The Women’s Duality Awareness Movement is inspired by the premise that we have two realities within us: the outer woman – the civilised outer portrait of ourselves; and the inner woman – the wild and instinctual being. I spoke about how I believe many women who love women have had to draw on both these sides of themselves in order to come out and be who they truly are in the face of prejudice and fear.

As Eleanor Roosevelt once said “Noone can make us feel inferior without our consent.”

When you read or hear most days that many people in the world think you are disgusting, perverted and evil, it can challenge your ability to believe you have a place in this world, or that you are worthy of love and respect.

And those women who live in this world, who face it every day, and still have the courage to be proud of who they are – these are truly wild women.

We are women who love women, and we are everywhere. And yet our stories are rarely heard. We are all but invisible in history – but scratch below the surface and it is clear that we have always been here.

I believe that stories are the key to helping us find our place in the world, and I believe that sharing our stories can in turn help the world to better understand who we are. They can help to dispel the myths and misinformation surrounding women who love women, and show us as individuals with the same hopes, fears and dreams as everyone else.

I began a project earlier this year which aims to share the stories of women who love women across the world.

I hope to uncover the stories of many women that might otherwise never be told – ordinary women, wealthy women, old women, powerful women, rural women, marginalised women, young women, famous women, poor women, urban women – all united by the their love of other women.

The women I have met to date, some of whose stories I have already published on my website, have inspired me with their courage to share their stories, and also with their resilience and strong sense of self, often in the face of rejection and abuse from those closest to them.

They have searched inside themselves, and found the strength they needed to accept themselves as they are – to acknowledge that they have a place in the world and they are worthy of love, no matter what the world throws at them.

My next step will be to venture outside Australia and into the unknown – I am not a writer and had never conducted an interview before starting project, but I am committed to seeking out and interviewing women from all across the globe in an attempt to hear their stories and their experiences and share them with the world.

When I think about the barriers women here in Australia have faced, and still face, it amazes me that so many women are out and proud. But then I think of those women who live in places where being true to themselves could cost them their lives, I am almost lost for words.

There are women who are harassed, ostracised, persecuted, beaten, raped and murdered simply for being who they are. So many women are forced to hide who they are to ensure their safety, and many of us would no doubt do the same in their shoes.

But those women who stand up and refuse to be cowed into submission, who fight for their right and the rights of others to be who they are. Those women who know they have a place in this world, and that they are worthy of love and respect – they are truly wild women and I will do everything in my power to find them and share their stories.

So if you want to find out more or get involved with this project, visit the Voices from the Well website and get in touch.

And speaking of Eleanor Roosevelt, she is now known to have written thousands of romantic letters to her close friend Lorena Hickok, a political journalist, whilst she was First Lady. There is no way of knowing whether they had a romantic relationship, but perhaps, despite her inspiring quotes, the time she lived in never quite allowed her to truly explore her duality, and her whole self. Who knows what might have happened if she had?